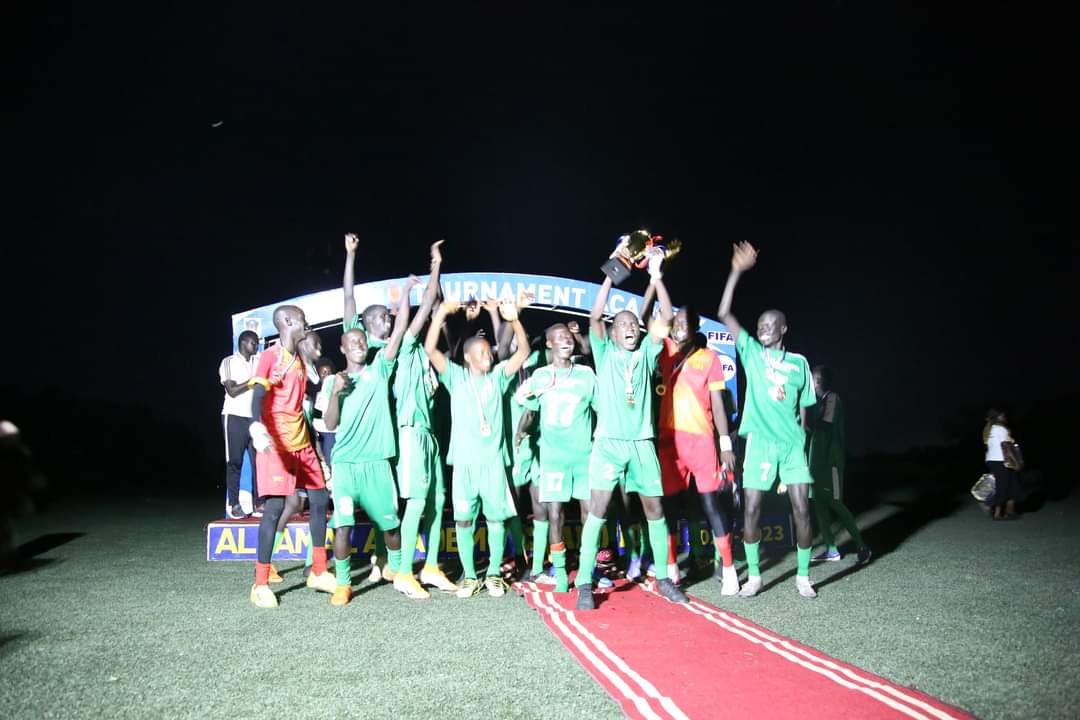 AL-Amal Academy Crowned Champions of U17 Tournament The first edition of the Mini Tournament for U17 organized by South Sudan Football Association with support from Federation for International Football Associations (FIFA) in collaboration with Kulang Foundation, in Juba yesterday concluded.AL-Amal Academy Soccer Club was crowned champions of the tournament after defeating Future Stars Academy FC 2-0 during the final match played at Buluk Playground.

Addressing the congregation, Vice-President of SSFA, Mr. Charles Udwar said the Association is moving forward towards developing youth’s football in the country, praising the important role played by the administration of Youth’s Football at SSFA towards upgrading youth’s football through initiating activities such as the Mini Tournament.For his part,

Mr. Wiyual Lam, SSFA’s Chairperson of the Competitions Committee appreciated FIFA for its support to promote and upgrade youth’s football in South Sudan. He also thanked the administration of Kulang Foundation for joining hands with SSFA to support youth’s programs.

Mr. Wiyual revealed that SSFA administration will continue to ensure sustainability of the tournament and will look into how local associations will also organized youth’s activities at grassroots level, pointing to the importance of tournaments towards building strong national teams for youth. The Chairman of SSFA’s Youth Football Development Committee,

Mr. Jackson Bii Mathew assures the commitment of his department to organize more tournaments countrywide to promote youth’s participation. He commended the tireless effort of SSFA management in ensuring that youth’s football in the country keep moving in a positive direction, disclosing that the administration is working around the clock to implement a number of youth’s programs.Meanwhile on the other side, the Founder of Kulang Foundation,

Hon. Peter Gatwich said the foundation is committed to work closely with SSFA in the field of youth’s football programs, pointing to the importance of a joint effort towards accelerating development of youth’s football countrywide – as well creating more opportunities for younger people to showcase their talents.

He explained that the foundation aims to make football a mode of unity through organizing competitions for academies in South Sudan. The closing ceremony of was attended by the administrations of local federations and members of the board of directors.

Over 150 Participants Complete training in Kuajok