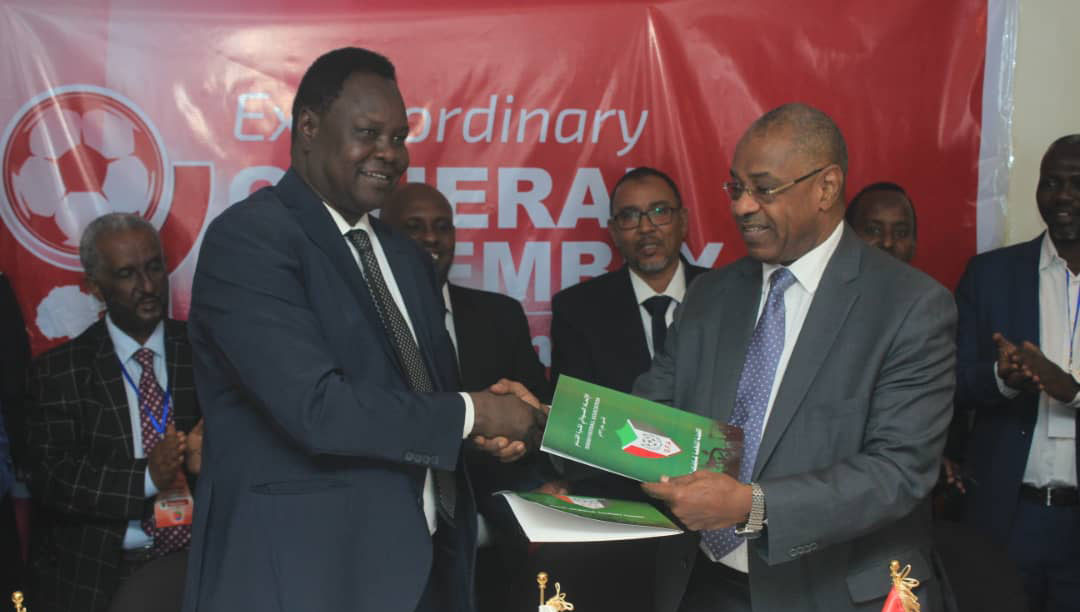 Augustino Maduot Parek, the SSFA President together with his counterpart from the SFA Dr. Mutasim Jaafar Sarkhatm signed the joint cooperation agreement at Ewa Hotels’ Omdurman Hall in Khartoum, Sudan on Thursday.

The coorperation will include the exchange of experiences in the fields of; public administration, administrative and organizational affairs, promotional activities, studies on research technical training and development of referees among others.

The agreement which was signed immediately after the Extra Ordinary Assembly of the East and Central Africa Football Associations (CECAFA) was also witnessed by the CECAFA President Wallace Karia and Presidents and some Vice President of the Member Associations of Burundi, Uganda, Ethiopia, Zanzibar, Eritrea, Somalia Rwanda and Tanzania.

The SFFA General Secretary Victor Lual who was also present at the signing ceremony said it was a step in the right direction for the two Associations to learn from each other all geared towards the development of football.