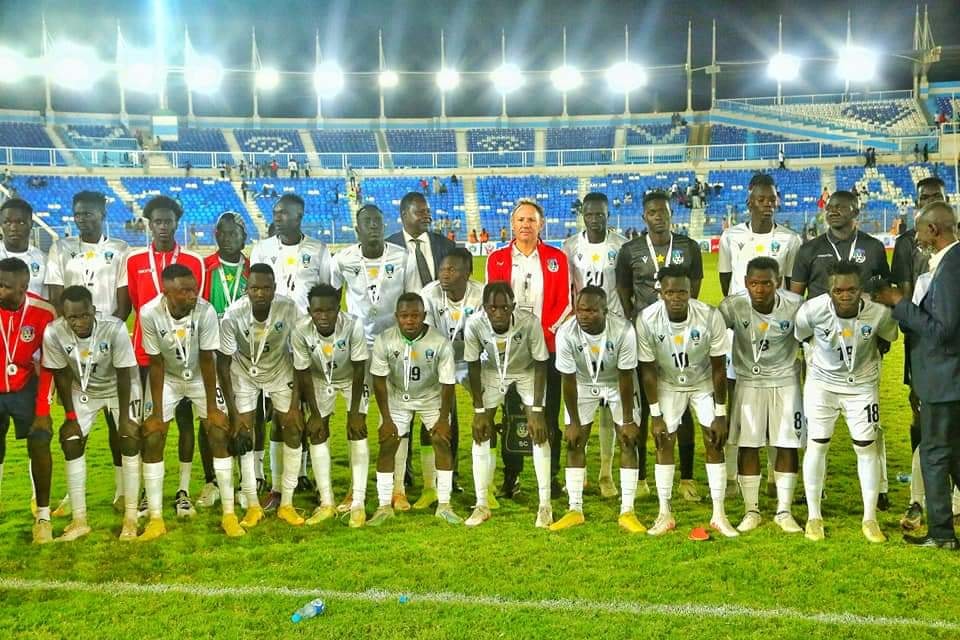 The President of the South Sudan Football Association (SSFA), Augustino Maduot has praised the national U-20 team for the good performance that saw them qualify for the U-20 TotalEnergies Africa Cup of Nations (AFCON) 2023.

South Sudan lost 2-1 in the final of the U-20 CECAFA Championship played on Friday at the Al Hilal Stadium in Khartoum, Sudan.

But the SSFA President has praised the team for the good show at the tournament. “Many of these players were playing out of South Sudan for the first time and did not half experience. But because hard work and determination they managed to qualify for the U-20 AFCON 2023 and also finish second in the tournament,” added Maduot.

He also made it clear that qualifying for the AFCON tournaments is good for South Sudan because the players will get more exposure and also attract scouts from around the world to be keen to follow players from South Suadn. “It is a great moment to be qualifying for AFCON for both our U-17 and U-20 because this means a lot for the country because it also motivates other youngsters that it is possible to work hard and qualify for major tournaments,” added the SSFA President.

South Sudan’s U-20 team was expected to arrive later this afternoon in Juba.