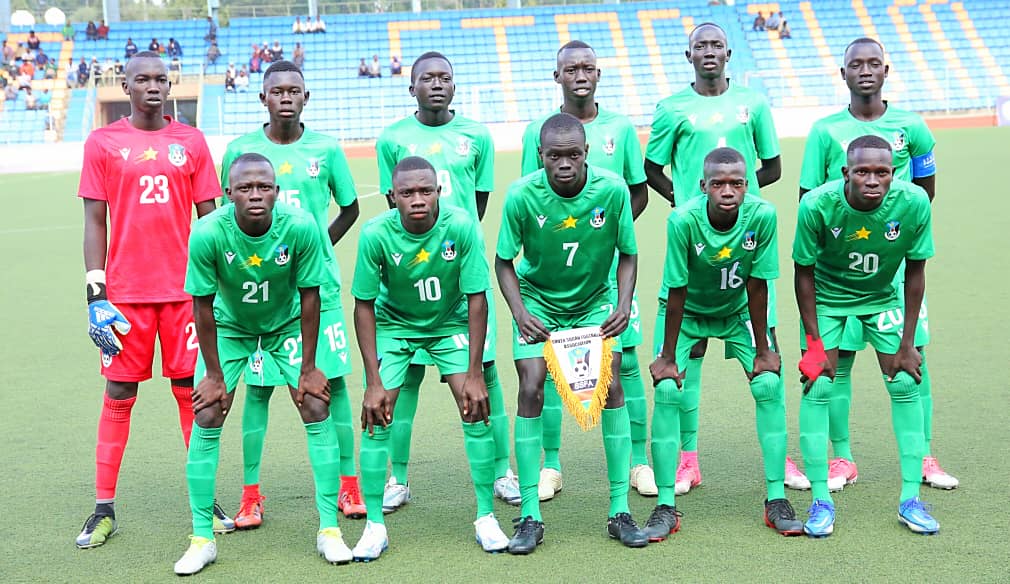 South Sudan’s U-17 National Team has qualified for the AFCON CECAFA Zonal Qualifiers final to book a position in the forthcoming TotalEnergies U-17 African Cup of Nations to be staged in Algeria next year.

The team made it to the AFCON CECAFA Zonal Qualifiers final and AFCON 2023 after beating Tanzania 4-3 on penalties after a 1-1 draw — South Sudan was leading with a goal scored by Jonathan Ajuong at 36 minutes only to be equalized by Tanzania in 72 followed by the final whistle.

South Sudan for the first time has reached the U-17 CECAFA Zonal Qualifiers final to qualify for the African Cup of Nations 2023 in Algeria. The team will battle Somalia for the CECAFA U-17 Championship title on Saturday 15th October. Somalia earlier today also beat the defending champions [Uganda] 8-7 in the penalty shootout.

“The boys have prepared very well for this day that’s why we managed to have this result, having my team qualify for AFCON isn’t easy — I am delighted, and I can’t express the level of excitement in my heart. I will just congratulate the boys and concentrate on the final against Somalia. Having Somalia as our opponent in the final means a lot, because competing throughout group stages to the final is not an easy thing. We’re going to do our best to ensure that our country is proud,” Coach Bilal said.

The U-17 National Team is the first team to have ever qualiy for continental competition in South Sudan sports history, and the first to make it into the Regional CECAFA final.