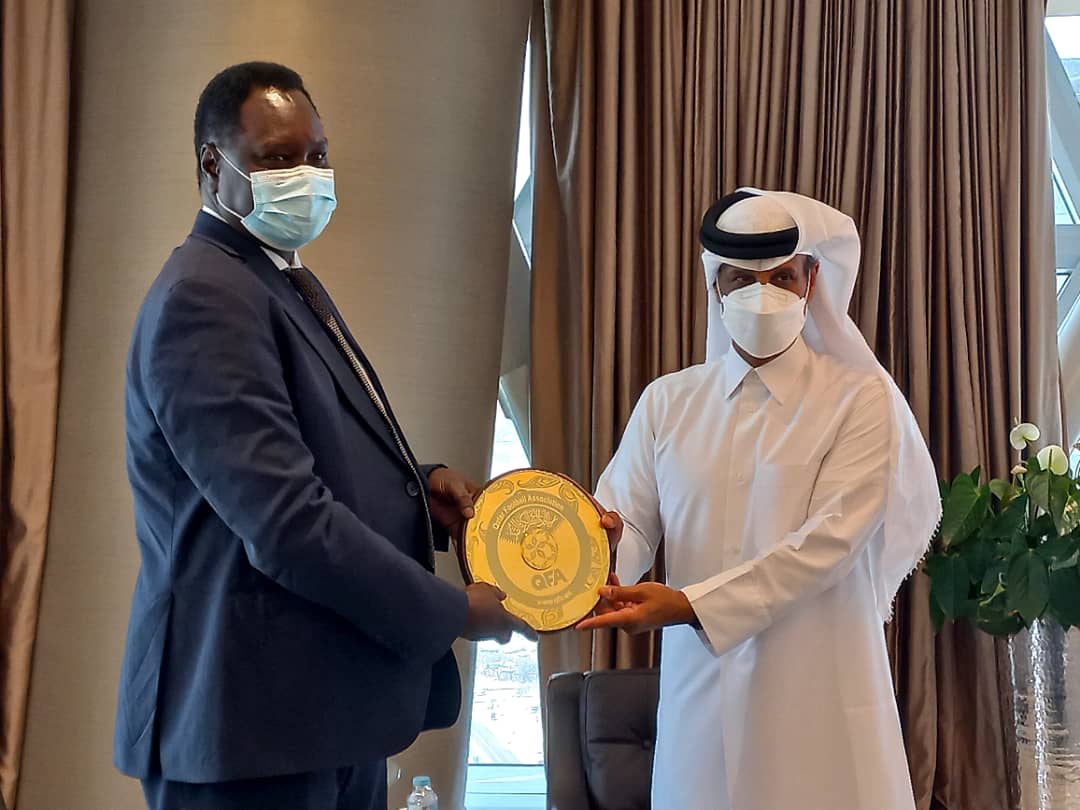 The meeting discussed ways to implement the priorities set by the Associations, which include capacity building in the areas of coaches, arbitration, management and sports media courses.

At the meeting, the Qatar Football Association expressed its readiness to host the national team’s camps in Doha.

The meeting was attended by The QFA Secretary General, Mansour Al-Ansari attended, Vice President of SSFA, Mr. Charles Udwar and the Secretary General, Mr. Victor Lawrence Lual who are in Doha as part of the delegation of the South Sudan Football Association to the FIFA Conference and the World Cup Draw.