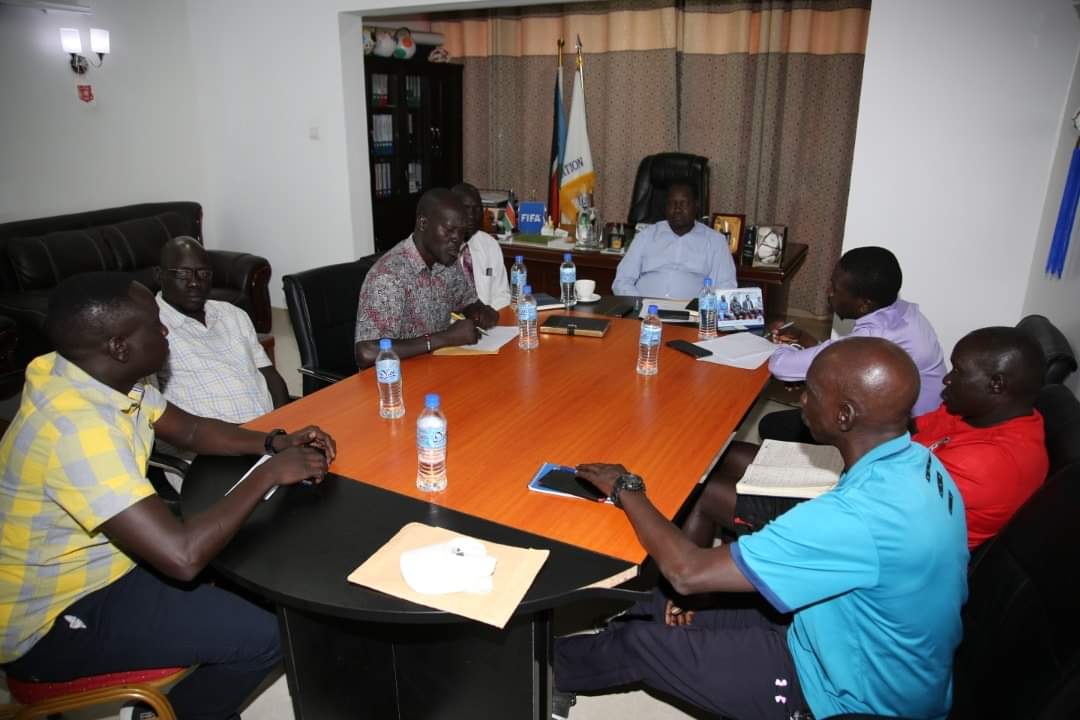 The national teams’ coaches who were recently assigned to manage the national teams in the upcoming season; under-23 Coach Simon James Yor, Under-17 Coach Bilal Felix and Charles Yor for the under-20 team were present during the meeting.

The meeting touches on how the teams’ coaches will work in the coming season. The coaches explained how they are going to work this coming season; they also raised issues which may hinder their duty for the national teams, urging the management of SSFA to avail all the necessary needs for smooth preparation this coming season.

Mr. Augustino Maduot directed the coaches to search for new talents from the local federations and consider including them into the national teams. He also stressed to the coaches to as well to consider players of academies outside South Sudan, especially from Egypt, Sudan, Uganda, Kenya and other countries where South Sudanese have academies.

He urges the coaches to work closely towards building very strong national teams, adding that the young teams are the future of the country.

For his part, the head of the National Teams Committee, Michael Daniel, said that the committee is working to provide all the coaches’ needs in the coming period, and revealed that SSFA will sign contracts with the coaches who were chosen recently for this coming season.