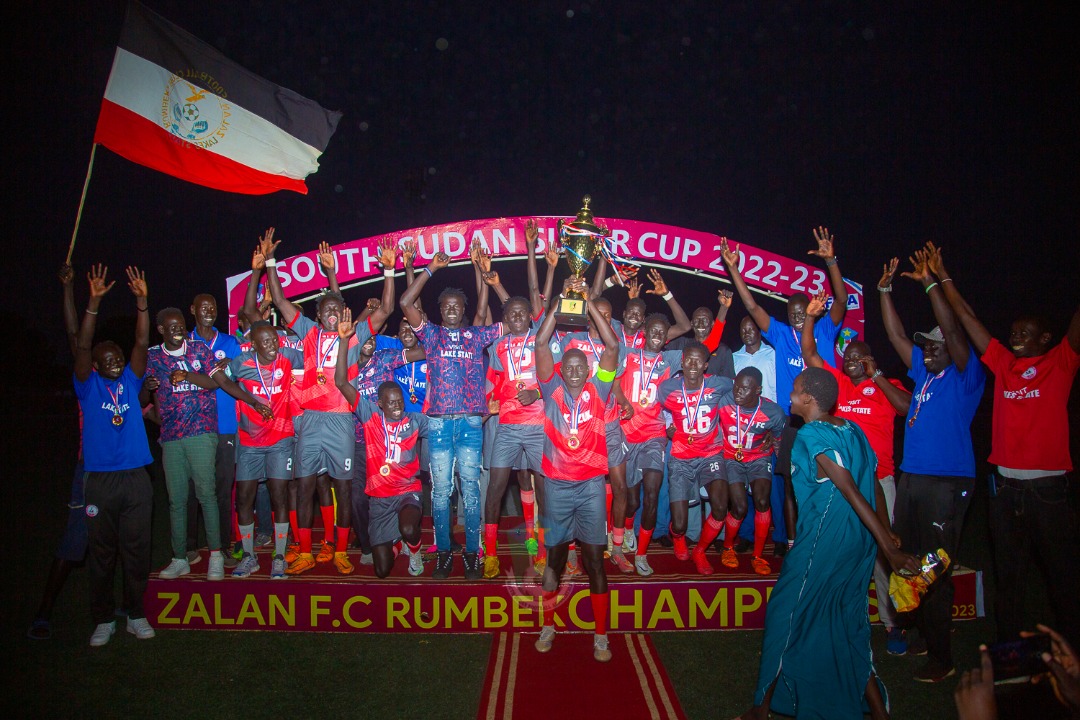 The matched was played at Buluk Playground between two giants; Zalan FC which recently participated in the CAF Champions League Qualification and Al Hilal FC of Wau representing in the CAF Confederation Cup both in Tanzania.

Both teams played their best, creating many attempts of scoring which was all in vain – the match ended in a goalless draw. However, Zalan Football Club of Rumbek managed to lead in the penalty shots with 4-3 goals, giving them the title.

This is the first Super Cup to ever happened in the country, the management of South Sudan Football Association talked of making the league sustainable in the coming years.